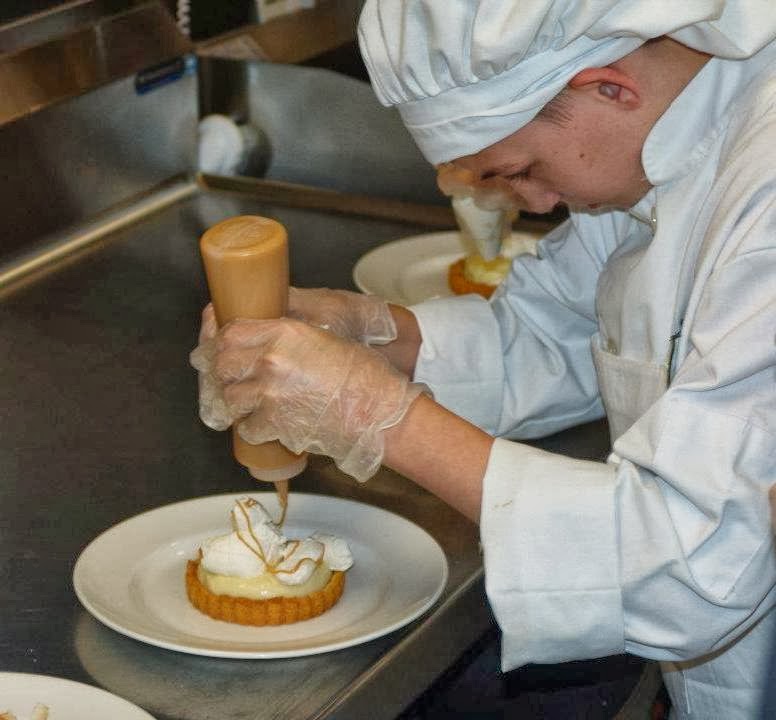 At eighteen months old, Andrew was removed from his mother’s house due to neglect and placed in the temporary care of his grandmother. By the age of 2, Andrew lived in a foster home with six other children, including his biological sister, when he was diagnosed with Autism Spectrum Disorder and intensive learning disabilities. His verbal skills were quite limited, and he had difficulty communicating his basic needs. Andrew displayed aggressive and harmful behavior. He was self-injurious and often a danger to others. From head banging and flinging himself on the floor to biting, pushing, and hitting others, Andrew needed constant supervision to keep himself and others out of harm’s way.

Because of these intense and serious behaviors, Andrew came to live full-time at the Autism Treatment Center at the age of 5. At the time of enrollment at ATC, he was wearing a full cast below the waist for a broken leg suffered at the foster home. He was frightened by many normal things in his environment. In the beginning, he spent most of his time hitting, kicking, spitting, and biting others. If he was told “no”, he became extremely verbally aggressive by yelling, screaming, and cussing at staff. His tantrums lasted for hours. For his own safety and the safety of his class/housemates, he required one-on-one staff around the clock.

Also, he began receiving behavioral services to motivate him to complete his academic work. While he still could not read or write at his grade-level, he learned to tell time, perform basic math, read simple words, and write short sentences.

Andrew is now 14 years old. While he has made great strides in behavior, he continues to need staff support to stay on task and complete assignments. Therapy sessions are goal-oriented and work on replacement behaviors to circumvent aggressive and self-injurious behaviors.

In 2011, Andrew was selected to participate in ATC’s Transitional Program. Activities include the Tiger Café, an in-house culinary training program working under the supervision of professional chefs, group-outings to sporting activities, museums, and other community events, and equine therapy at a local
recreational therapy program. Andrew enjoys participating in field trips and other outings within the community that allow him to interact in social situations.

In August 2013, Andrew  enrolled in a Dallas County public school, and attends daily classes in a group setting with other students with developmental disorders. Andrew's teacher has stated that he is making new friends and thriving in his studies. Andrew is enrolled in art class and a computer lab for math skills. He has completed his first level of his math program and passed with 100% accuracy.

Andrew has undergone remarkable change from the time he enrolled in ATC’s programs to the present. Had Andrew remained in the foster home, it is very unlikely that he would have made the progress he has achieved today. With no motivation to modify his behavior, he would have likely continued his aggressive and self-injurious behaviors. Through individualized, goal-oriented service plans, Andrew has improved his social, educational, communication, and behavioral skills.

Andrew has aspirations to someday have his own career that will allow him to help others. His wide interests from culinary services to automobiles give him plenty of inspiration and creative ideas for when he grows up.

Posted by Autism Treatment Center at 9:29 AM No comments:

Have you ever dropped a check in the mail to your favorite charity and immediately wondered just what your donation will do?

ATC receives donations of all sizes throughout the year. From $25 in honor of a loved one for general use, to hundreds of thousands towards establishing a new program. Here are just a few of the donor funded programs happening at ATC: 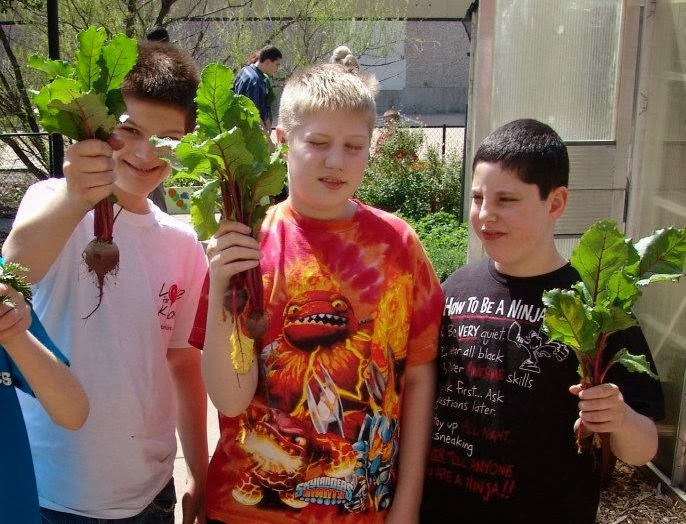 At one point, the culinary training program and horticulture program were stand-alone projects at ATC. Now, with the help of our donors the Tiger Cafe & Organic Garden are inseparable. Donations received from the Opus Foundation, Dallas Foundation, and Whole Foods Foundation helped get the ATC Garden up and running. The children and adults in the program are now involved in cultivating organic fruits, vegetables and herbs. The students in the Tiger Cafe Culinary Program use the fresh produce from the garden in the meals they prepare under the supervision of professional chefs in the ATC kitchen. Each program helps build confidence and independence in the children and adults participating, and it's fun. And the food is delicious!

Over the years ATC has received donations large and small to help open the Dallas and Fort Worth Therapy Clinics. The Clinics provide out-patient therapies to children and adults with autism in the community. T. Boone Pickens kicked things off by donating the funds to open the Dallas Clinic. ATC was able to expand the types of services offered and the number of individuals reached. Through a large gift received from the Amon Carter Foundation and from donations given through the Roundup for Autism, ATC was once again able to expand services and opened the Fort Worth Therapy Clinic. Essential therapy services are now available on both sides of the DFW metroplex!

ATC owns 21 group homes in Dallas and San Antonio communities. From foundations to ceiling fans, ATC makes sure that these homes are the best they can be. With the help of generous donors in the community each home is as cozy and comfortable as you would want yours to be. Donations have been given to furnish homes, make necessary updates and repairs, provide recreational activities, and even decorate to individual styles. The children and adults in the Residential Program are grateful to those who have helped make these houses their "home sweet homes." 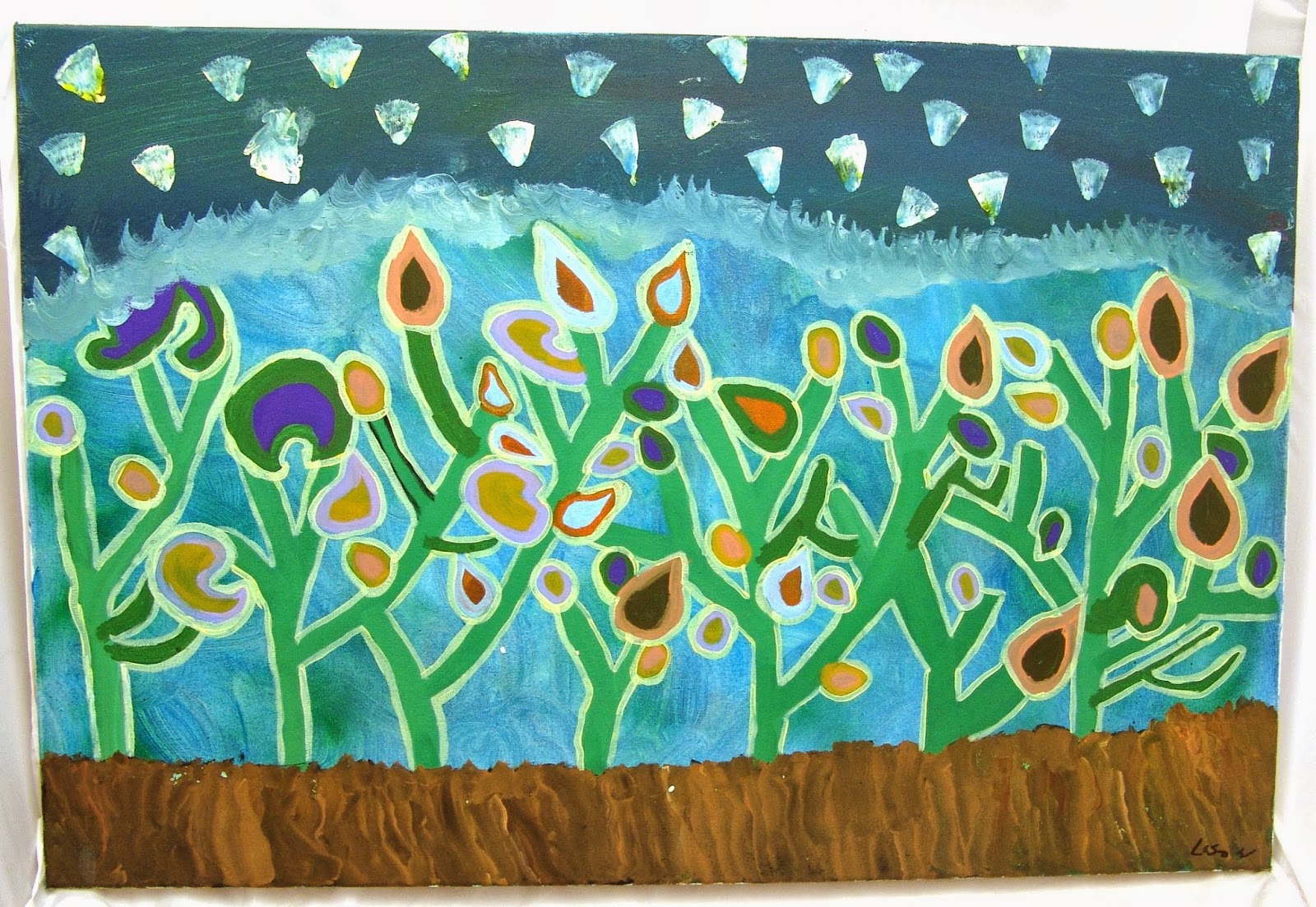 If you've ever attended the Roundup for Autism - Pegasus Ball, you may have noticed a collection of hand-painted art work among the silent & live auction items. These pieces are one-of-a-kind paintings from the students in the ATC Art Class. Throughout the year these students create paintings, pottery, sculptures, and more! Each student learns valuable skills along the way. Aside from getting to showcase their amazing creativity, the students learn techniques and work to fine-tune motor skills, and grow in confidence and independence. The art class has received in-kind donations to help stock their supplies, and the proceeds from art sales go right back into funding more projects. We hope to establish a gallery at the Center to make the art pieces available all year!


It's almost that time of year when everyone starts thinking of their year-end giving. Please consider ATC in your planning. Take a look at the programs on the ATC website and feel free to designate your donation, or make a donation to be used where needed most. We would not be able to do all that we do without the support of our kind donors! www.ATCofTexas.org

Posted by Autism Treatment Center at 10:07 AM No comments:

The evening of September 21st marked the closing of the 25th Roundup for Autism weekend.  The Roundup for Autism has been raising awareness and funds for the Autism Treatment Centers of Texas for 25 years!  That's a long time, but event founder, Bobby Norris, has no intention of slowing down.  Over the past two and a half decades the Roundup has raised millions, and has helped ATC open and renovate new residential homes, open a therapy clinic in Fort Worth, and expand essential services.

The Roundup weekend kicked off with a parade through the stockyards.  Though it literally rained on the parade, that didn't stop participants and onlookers from enjoying the festivities!  From riders on horseback to costumed saloon girls, and even Mayor of Fort Worth Betsy Price as Grand Marshall, the parade was great fun for all.

The family fun continued with the Celebrity Rodeo where the audience watched their favorite cowboys and cowgirls compete in a professional bull-riding competition, team roping, team penning and a crowd favorite - mutton bustin'.  The Cowtown Coliseum was packed with supporters having a great time helping to raise funds for ATC.

The weekend came to a close Saturday night at the Fairmont Hotel in downtown Dallas.  The Pegasus Ball is the Roundup for Autism's signature black-tie event; complete with seated dinner, live and silent auctions, dancing, casino, and more!  There were several surprises in celebration of the Silver Anniversary event, including a large 25 ice sculpture where guests could order the "Silver Anni-tini" served by being poured through the sculpture and into their glass.  Friends and celebrities gathered from near and far to show their support at this great event.  There were a few special guests to present custom auction items there as well.  Three of the students from ATC got all dressed up and attended the Ball.  Lucky bidders won Lunch with the Tiger Cafe - ATC's Culinary Class.  Another bidder went home with a one of a kind painting from a very talented artist in the ATC Art Class.

We look forward to posting photos to our facebook page as soon as we can!  Everyone had a great time, and we can't wait to do it again next year.  Mark your calendars now for the weekend of September 27, 2014!

Learn more at www.RoundupForAutism.org
Posted by Autism Treatment Center at 2:47 PM No comments: